the houses of saints (part one)

Words with Friends organized a collaborative exhibition of visual art and poetry called Symbiotica for Edmonton Poetry Festival. The project saw 20 local poets and visual artists, working collaboratively in teams of two over a two-month period to create poems and pieces of artwork that formed a symbiotic unit, as “more than the sum of their parts.”  Teams were selected by random draw, and I was paired with an amazingly talented landscape and figurative artist who also grew up in St. Albert, Samantha Williams-Chapelsky. This was one of those times where coincidence felt a bit like fate, because I had been ruminating on an idea about writing a piece based on the house I grew up in there,and interweaving it as a metaphor for memories of my family.

Sam never saw the house or photos of it, but she did an amazing job in capturing the poem’s essence just from what I had written. Eventually, I want to write Part 2, which will riff off the other house in the painting. I always conceived of this as two poems for two houses, but I wasn’t able to get the second part out of me before the event, and probably best not to force it.

Here is the poem, followed by a photo of Sam’s beautiful painting.

the houses of saints (part one)

gave her wood panelling
and hung his prairie landscape scenes
the delicate pastel strokes and dabs
of nature in places named for England
— Cardiff, Edmonton —
that belied his ample, vivacious
and gruff, moustached embrace

which seemed to me more red
and purple and abstract and lined,
an entire wall
filled with father-daughter trips
to the grocery store
soccer games
patio parties where everyone we knew came
to drink and dance the night away
and the legendary Love Shack lip sync
on Boxing Day 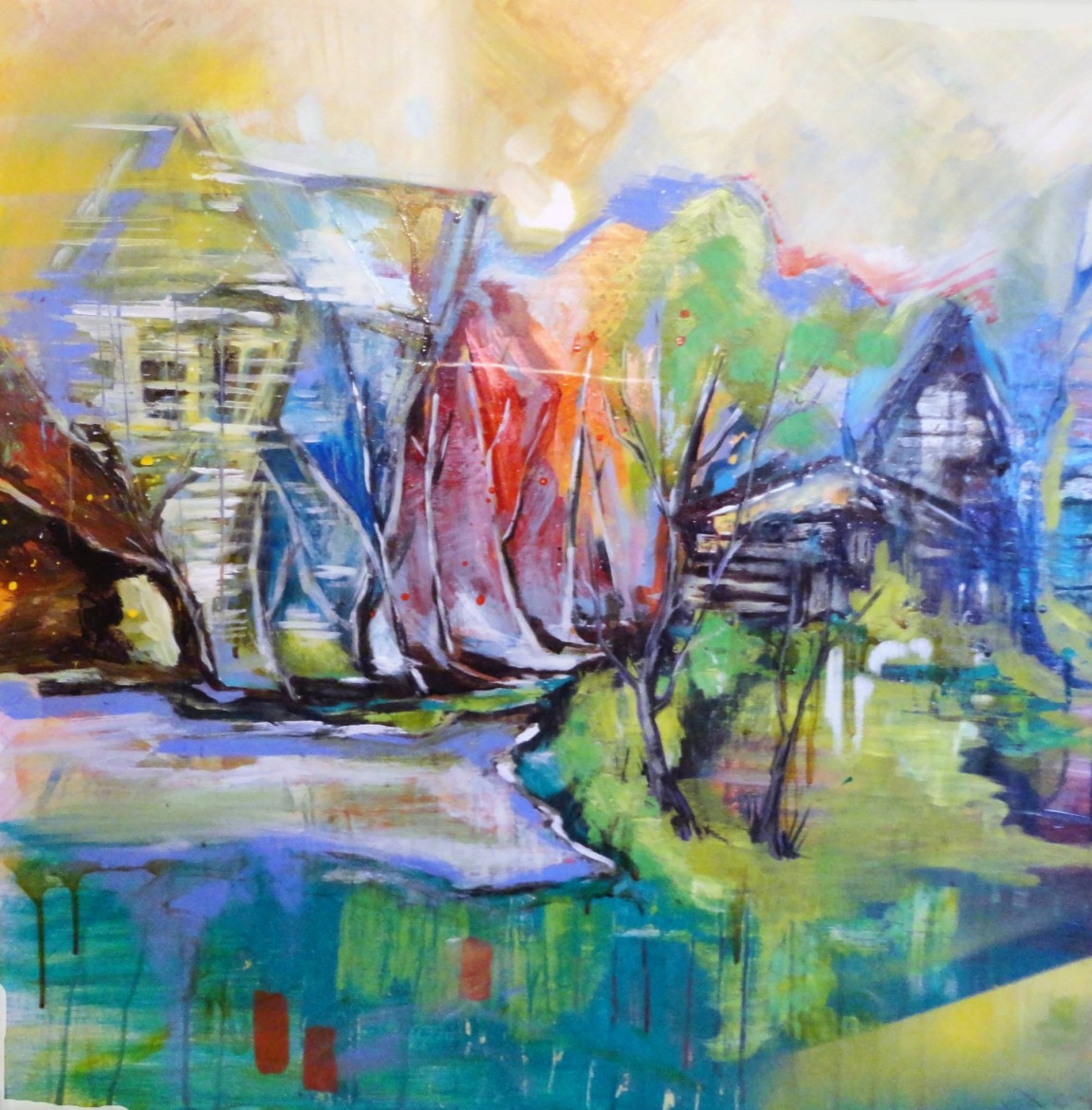